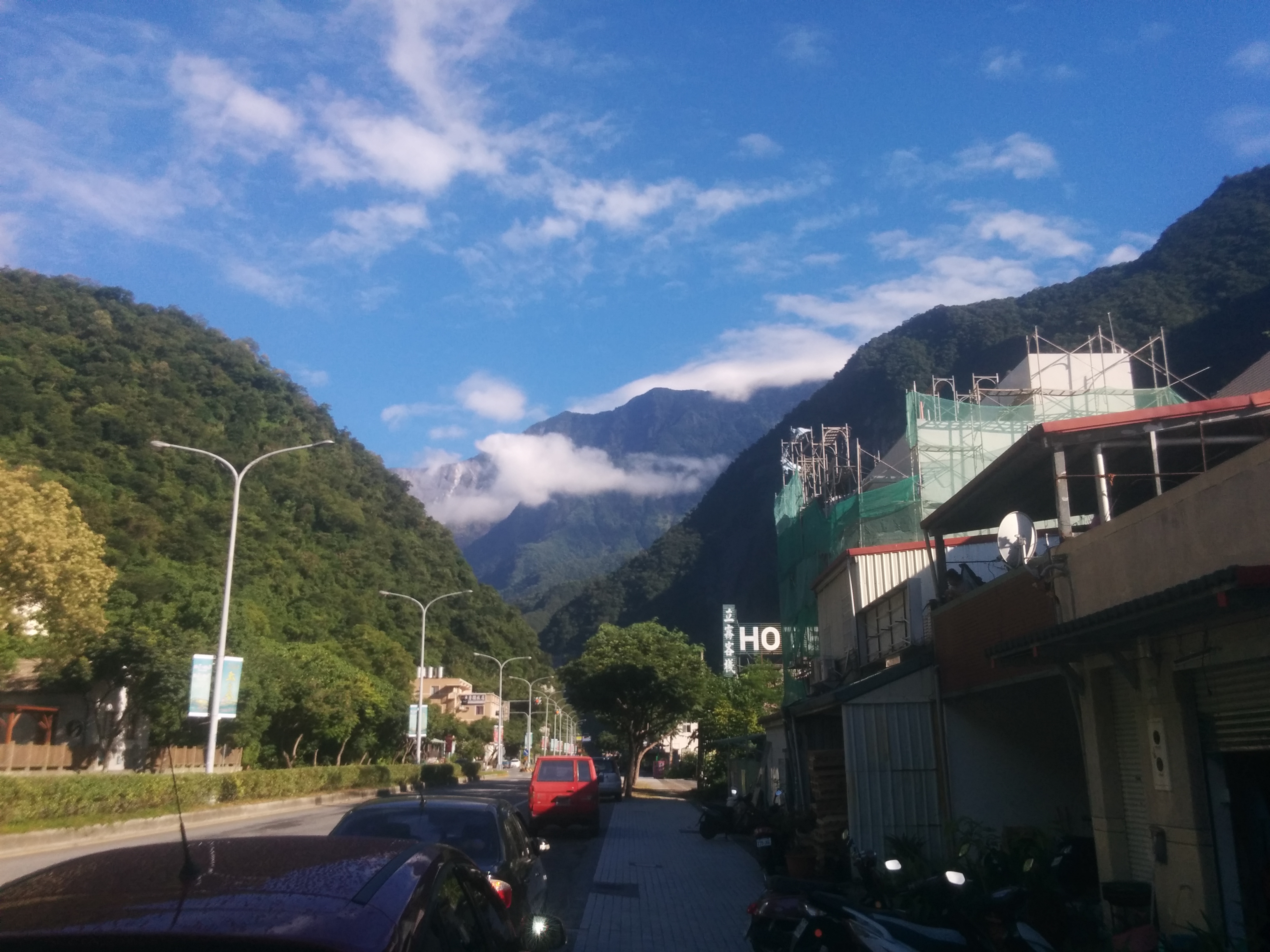 This is the fourth entry of my Taiwan Travel blog series! You can find posts on my first few days in Taiwan by following these links:

Between all the trails I did in the Taroko National Park, I think this one was the best.

Old Zhuilu Road has quite a story behind it. It was built in the 1910s under the Japanese occupation of the Taiwan island. Most of the trail already existed, but the Japanese forced the natives to make it at least a meter large everywhere (it used to be only 10cm wide) using dynamite.

It's quite sad that such a beautiful trail is soaked the in blood of the Taroko natives. 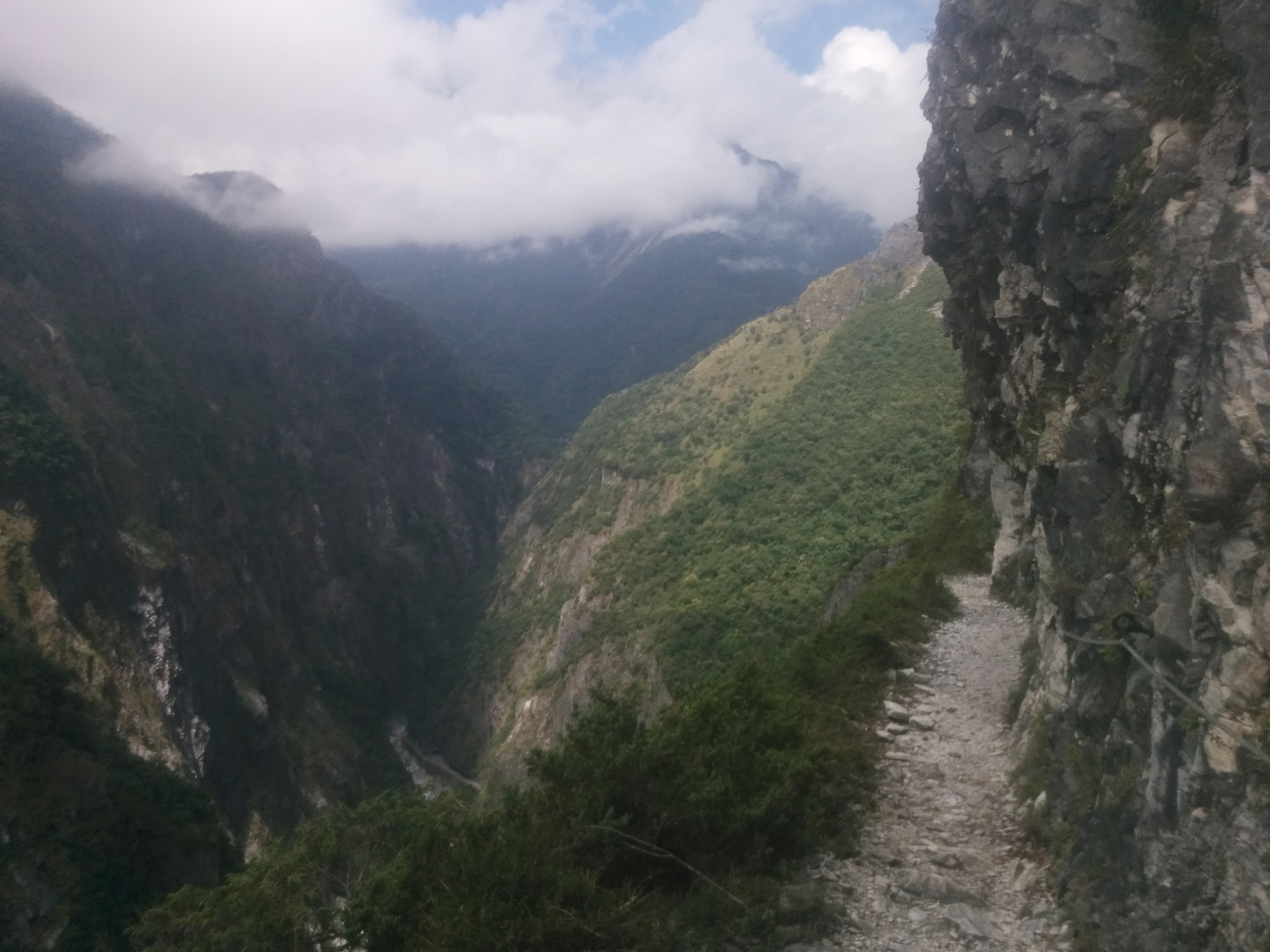 The Japanese wanted to widen the trail to be able to bring cannons and weapons up the mountain to subdue the native villages resisting the occupation. They eventually won and killed a bunch of them.

Even though this trail is less taxing than the Dali-Datong trail I did two days ago, it easily scores a hard 3/5 as half of the path is made of very narrow paths on the side of a 700m cliff. Better not trip and fall!

Sadly out of the original 10km, only a third of the trail is currently open. A large typhoon destroyed part of the path a few years ago. Once you arrive at the cliffside outpost you have to turn back and start climbing down.

Tonight was the night market in Xincheng township, the rural township where my hostel is located. I was pretty surprised by how large it was (more than 50 stalls) considering that only 20'000 people reside in the whole township. The ambiance was great and of course I ended up eating too much. 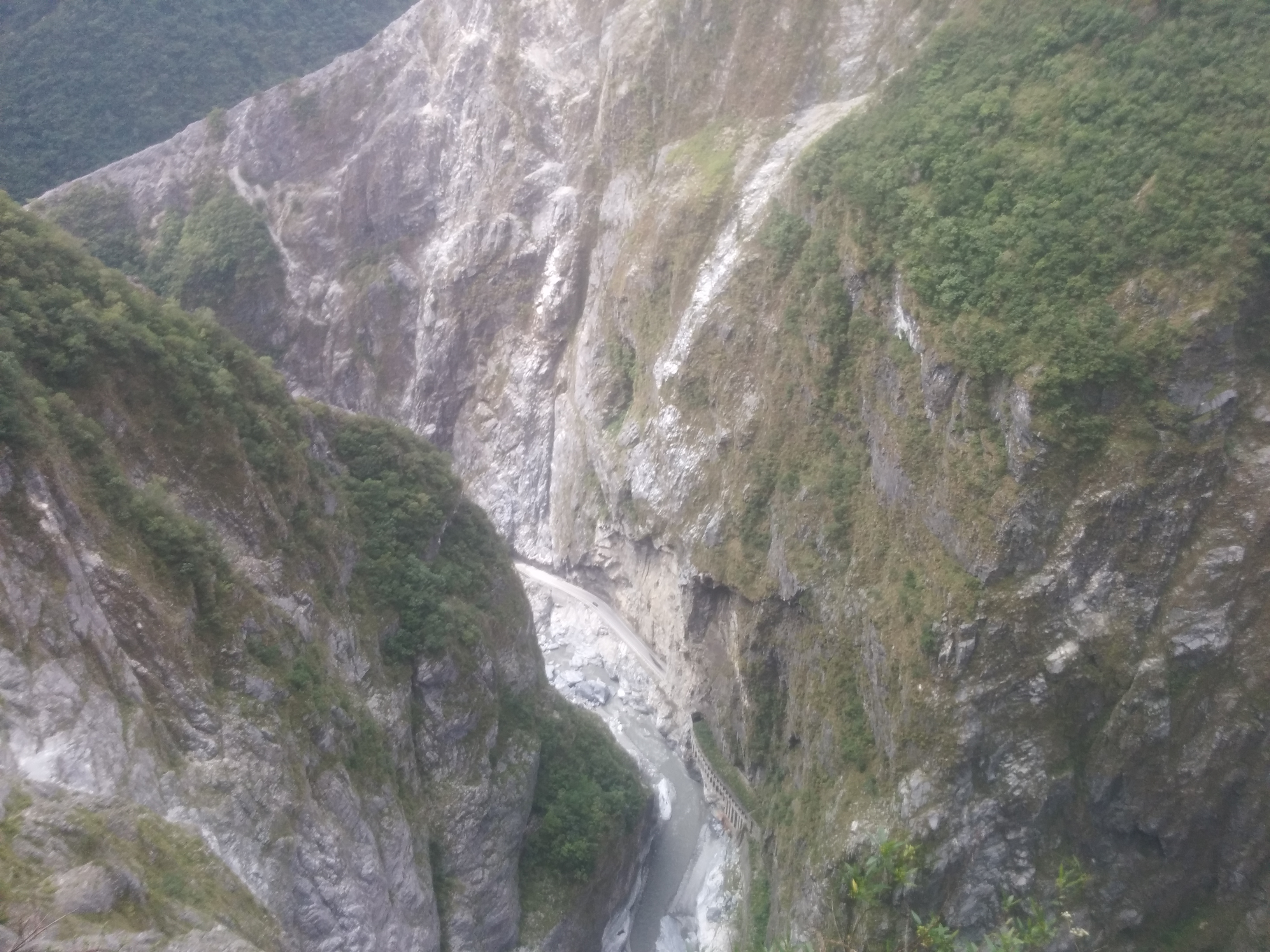 Although the food stalls were numerous, there were also a large number of clothes vendors, random toys stalls for the kids and a bunch of electronic pachinko machines where old people were placing bets on one another. The kids were pretty funny: since I seemed to be the only westerner in the whole market, they kept coming in groups of 3 or 4 to laugh at me for not speaking mandarin, and then left running and squealing when I started talking to them.