This is the resumé of day 4 of the DebConf videoteam sprint in Paris. You can find day 1, day 2 and day 3 résumés here, here and here.

Today was our last day of sprint. We stopped working at the end of the afternoon because we had to start packing the hardware back in boxes and some of us had to leave early.

Me again. I mainly worked on ansible today too. All the configuration we had in FAI is now in our ansible git repository. A few things still need to be tested, but it's mostly all done on that side.

H01ger continued his packaging work. voctomix-outcasts is now in Debian! The voctomix package also has a .desktop file now.

He also set up a few Jenkins tests to follow some packages we need.

Last but not least, he wrote to the person coordinating the subtitling efforts for the DebConf videos. Sadly, we neglected the work done by these people and we will try to fix that in the future.

olasd helped Andy with hardware testing and cursed icecast2 a lot for not being able to loop .webm files.

Since he's also in charge of our stuff at IRILL, he repacked all of our gear to make sure we could easily use it next time we need it.

tumbleweed started the day by packaging hdmi2usb-mode-switch, a tool needed to flash the Opsis and the Atlys board. It's now in the NEW queue, waiting for ftpmaster approval.

He also asked for the removal of the gst-plugins-dvswitch package, effectively removing all traces of dvswitch in Debian. So long dvswitch, you served us well!

At the end of the day, he also helped me with the ansible configuration, reviewing my work and adding a few things.

We had a lot of old gear no one had touched for a while. It was taking space in IRILL and we always ended having problems because somehow, this old stuff made it's way to DebConf.

Andy fixed that. He and olasd tested all the freaking cables we had and most of the hardware that could be tested.

He also took our broken radio receivers with him to see if he could fix them.

Finally, he continued his work on our hardware shopping list.

So long, and thanks for all the fish 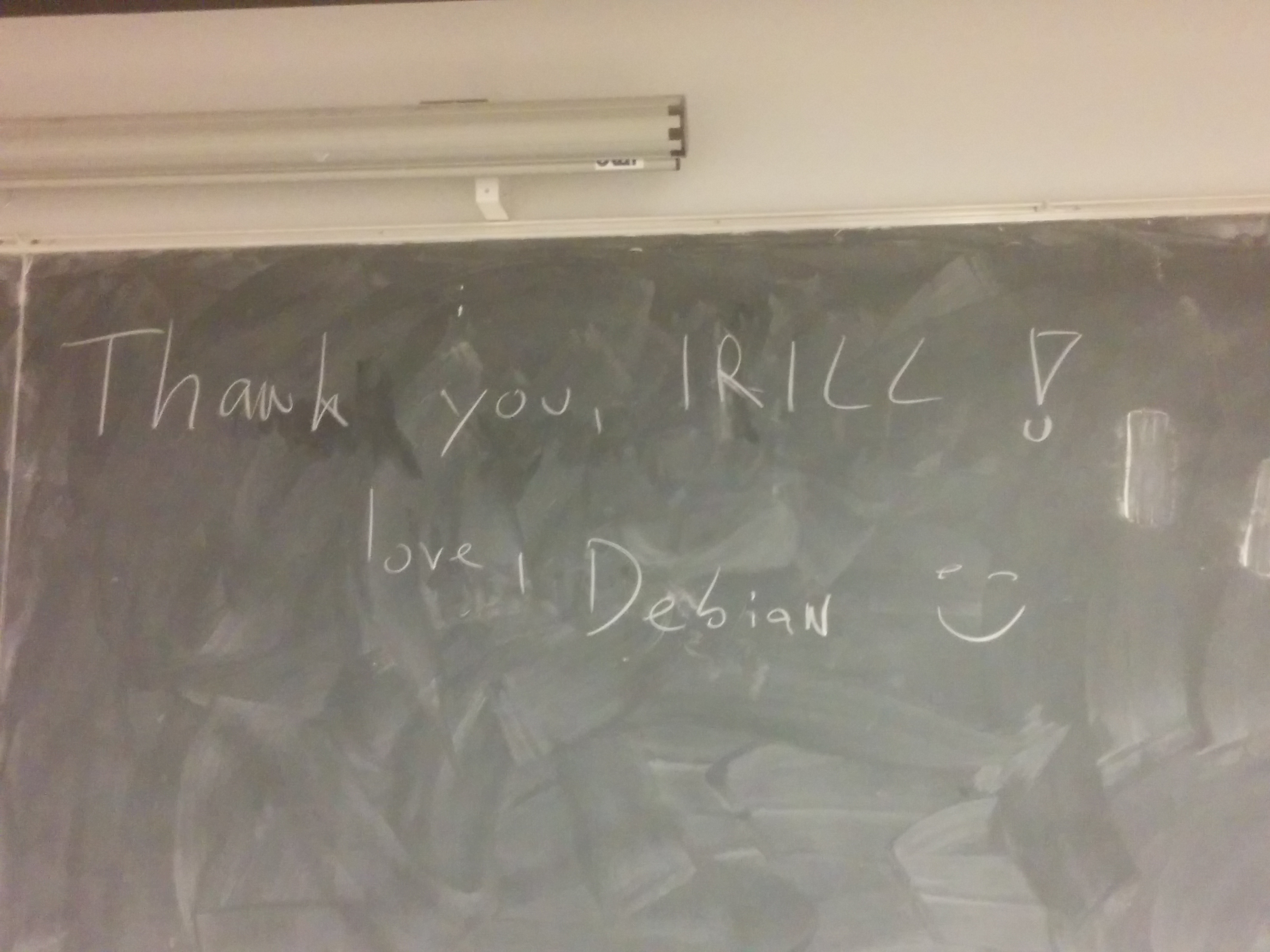