This is the resumé of day 3 of the DebConf videoteam sprint in Paris. You can find day 1 and day 2 résumés here and here.

Today was a full day of work. No travel, not long discussion about what we should be doing: only work (and some nice Parisian food).

That's me! Today I worked on our new and shiny ansible setup. It's going well and I may even be able to migrate everything we did in FAI to it.

H01ger packaged some stuff we needed today. He mainly worked on voctomix-outcasts, a set of scripts we use with voctomix.

olasd worked on icecast2 today. At the moment, when the source drops in icecast (the talk is finished and we stop recording), people on the stream just see a blank video.

He thus tried to figure out a way to put our sponsors loop as a fallback source. Seems he was able to make it work, but icecast is bad at dealing with webm loop.

We have been testing a new SBC to manage the loop on the Opsis board. They had some trouble with it at first because they installed the OS on a USB key and it could not handle the bandwidth needed for video. They reinstalled Debian on a SSD and it made it better.

Globally, the Turbot seems to be a nice little piece of hardware!

tumbleweed also worked on a broken Opsis board we have and sent some bug reports to the main dev.

Finally, he helped h01ger with packaging and packaged hdmi2usb-mode-switch (a tool to flash the atlys and the opsis boards).

He also worked hard with olasd, testing our audio gear to see what we need to replace.

ivodd finished the work on provisioning machines with Debian Installer today. That's really cool, since it means installing machines will be really easier from now on.

He finished the day by playing with SDI, audio inputs and Voctomix.

wouter coded all day on a new review system. The one we are using is somewhat complicated and his new project aims to make it simpler, both for users and for maintainers.

We are sprinting at IRILL and took advantage from the fact all of the DebConf video hardware is stored there.

Some of our hardware is really old (or broken, or both) and we went through all of it to see what could be thrown out.

To test a possible AV sync problem on Voctomix, we need some spare videos. We thus decided to use old DebConf videos and found some funny moments.

IRILL has been hosting our sprint in Paris and it's been great! 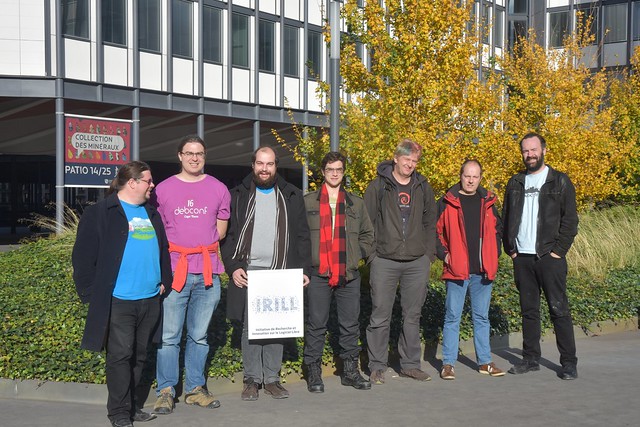 They also paid us a very nice dinner at a nice French restaurant called Le Coupe-Chou. Thanks for being so great IRILL! 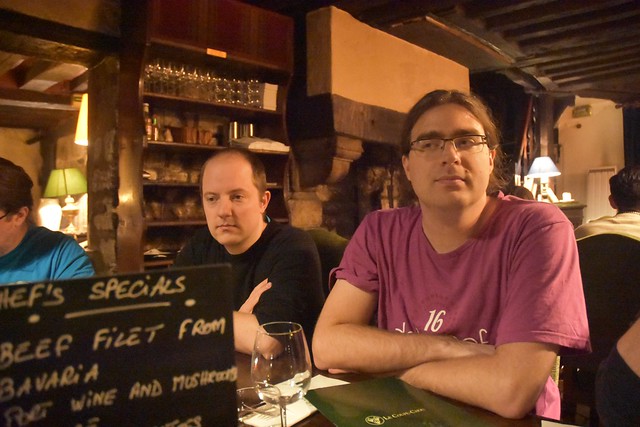 Some picture of us doing very serious stuff 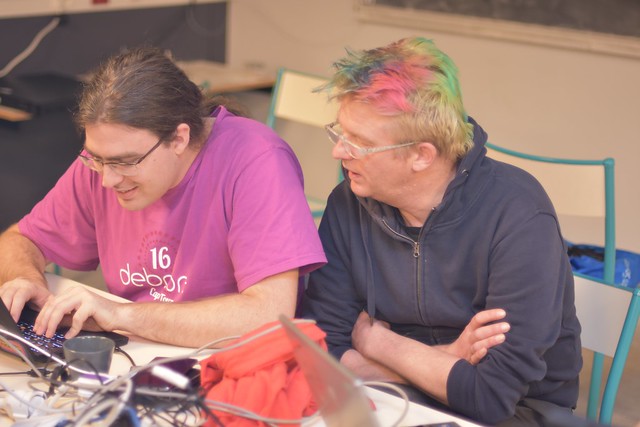 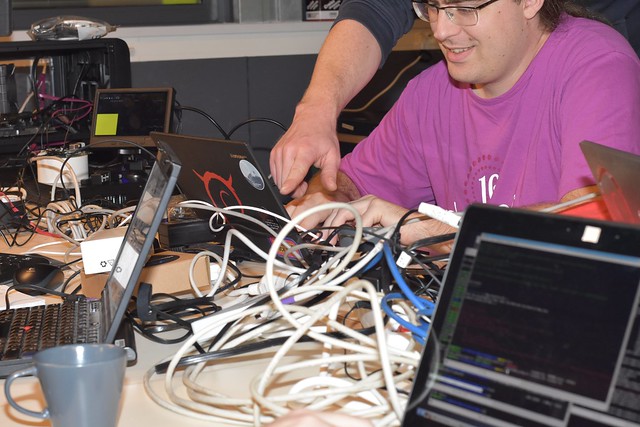 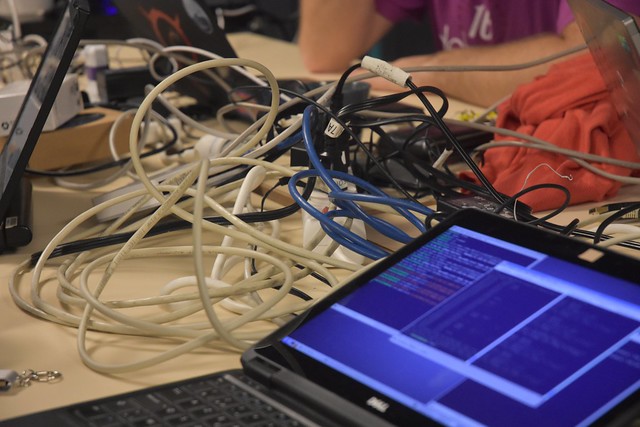 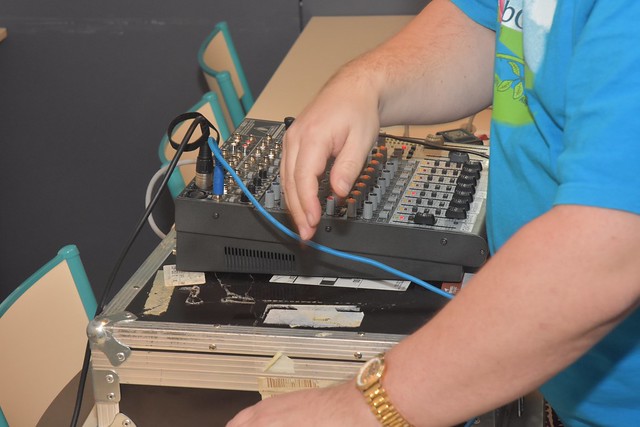 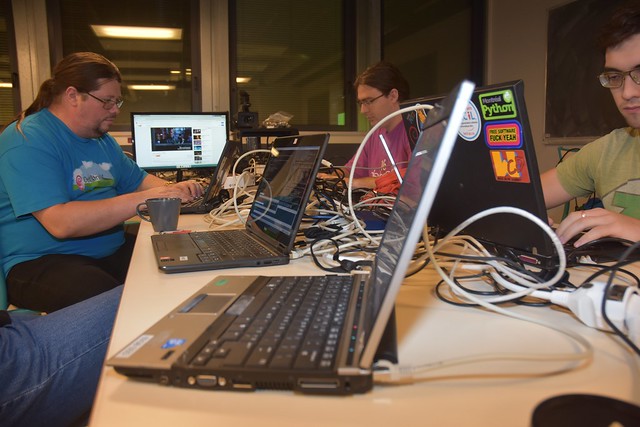 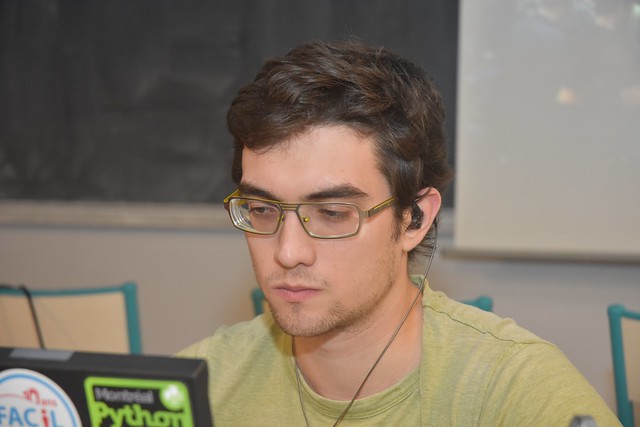