This is the report for the Debian Clojure Team remote sprint that took place on May 13-14th.

Looking at my previous blog entries, this was my first Debian sprint since July 2020! Crazy how fast time flies...

Many thanks to those who participated, namely:

Sadly, Utkarsh Gupta — although having planned on participating — ended up not being able to and worked on DebConf Bursary paperwork instead.

At the moment, most of the packaging is done manually, by invoking build tools by hand. Having a tool to automate many of the steps required to build Clojure packages would go a long way in making them more uniform.

His work (although still very much a WIP) can be found here: https://salsa.debian.org/rlb/dh-clojure/

It was Jérôme's first time working on Clojure packages, and things went great! During the sprint, he:

Leandro joined us on Saturday, since he couldn't get off work on Friday. He mostly continued working on replacing our in-house scripts for /usr/bin/clojure by upstream's, a task he had already started during GSoC 2021.

Sadly, none of us were familiar with Debian's mechanism for alternatives. If you (yes you, dear reader) are familiar with it, I'm sure he would warmly welcome feedback on his development branch.

Overall, it was quite a productive sprint!

Thanks to Debian for sponsoring our food during the sprint. It was nice to be able to concentrate on fixing things instead of making food :)

Here's a bonus picture of the nice sushi platter I ended up getting for dinner on Saturday night: 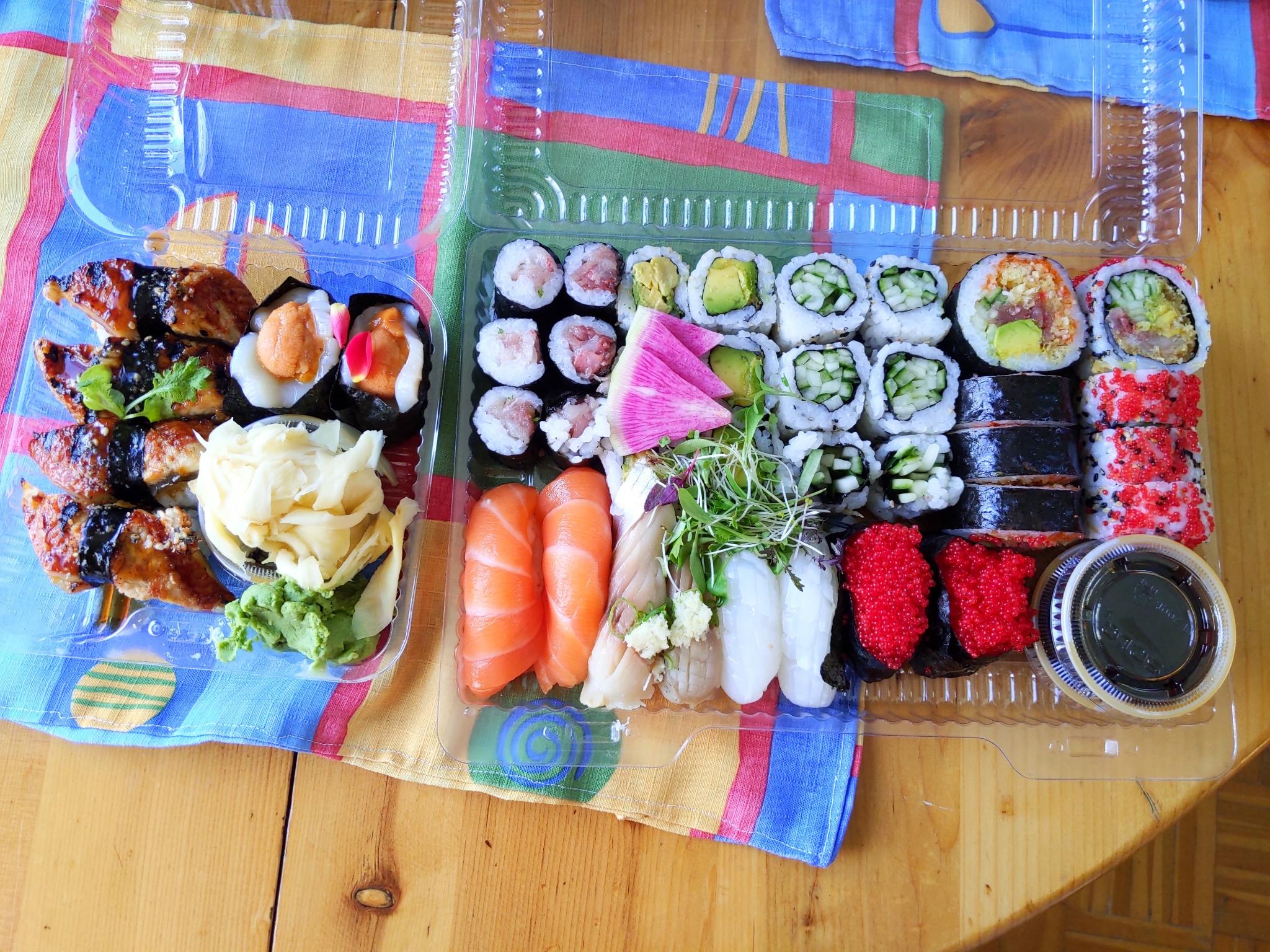