Our local Debian user group gathered on Sunday August 28th1 at the very hackish Foulab for the August 2022 edition of our "Debian & Stuff" meetings.

As always, the event was a success and we had lots of fun. Nine people showed up, including some new faces and people I hadn't seen in a while:

On my side, although I was badly sleep-deprived 2, I still managed to be somewhat productive!

One of the WiFi Access Points we use in our 4-apartment LAN had been boot-looping for a few weeks, after a failed sysupgrade to the latest version of OpenWRT. lavamind and I suspect the flash got corrupted in a way or another during the upgrade process...

Lucky for us, this model has a serial port and runs U-Boot. After a bit of tinkering, some electrical tape and two different serial adapters3, we managed to identify the pin layout and got a shell on the machine. The device has a reset button, but since the kernel panic was happening too soon in the boot process, we weren't able to get into OpenWRT's failsafe mode this way. 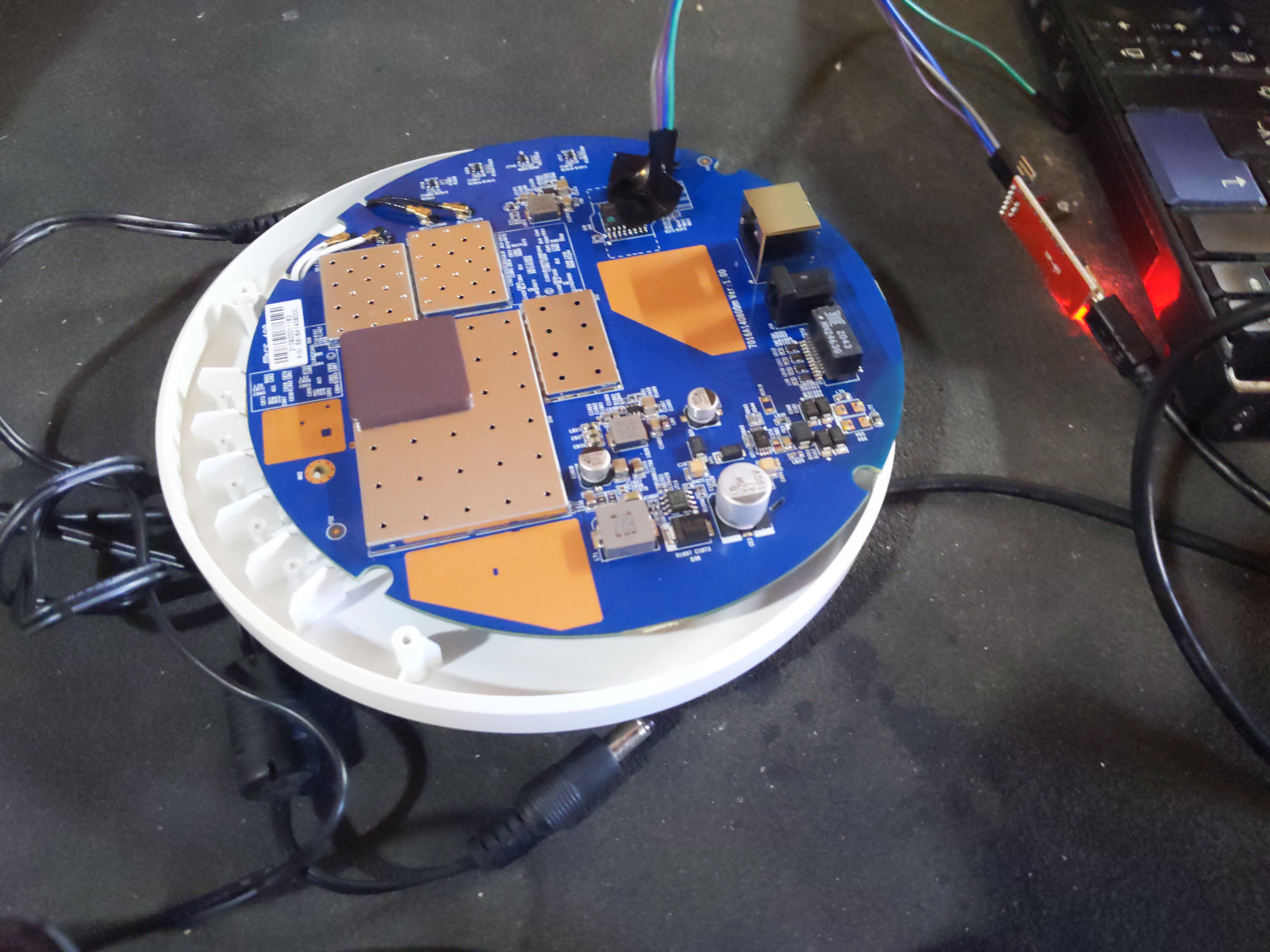 Once we had serial access, wiping the flash and re-installing OpenWRT fixed our problem. A quick ansible-playbook run later, the device was back to being usable and configured :)

I was too tired to keep track of what others did, but I took some nice pictures of the pizza we got, and of this nice blow-up Tux wearing a Foulab t-shirt. Enjoy! 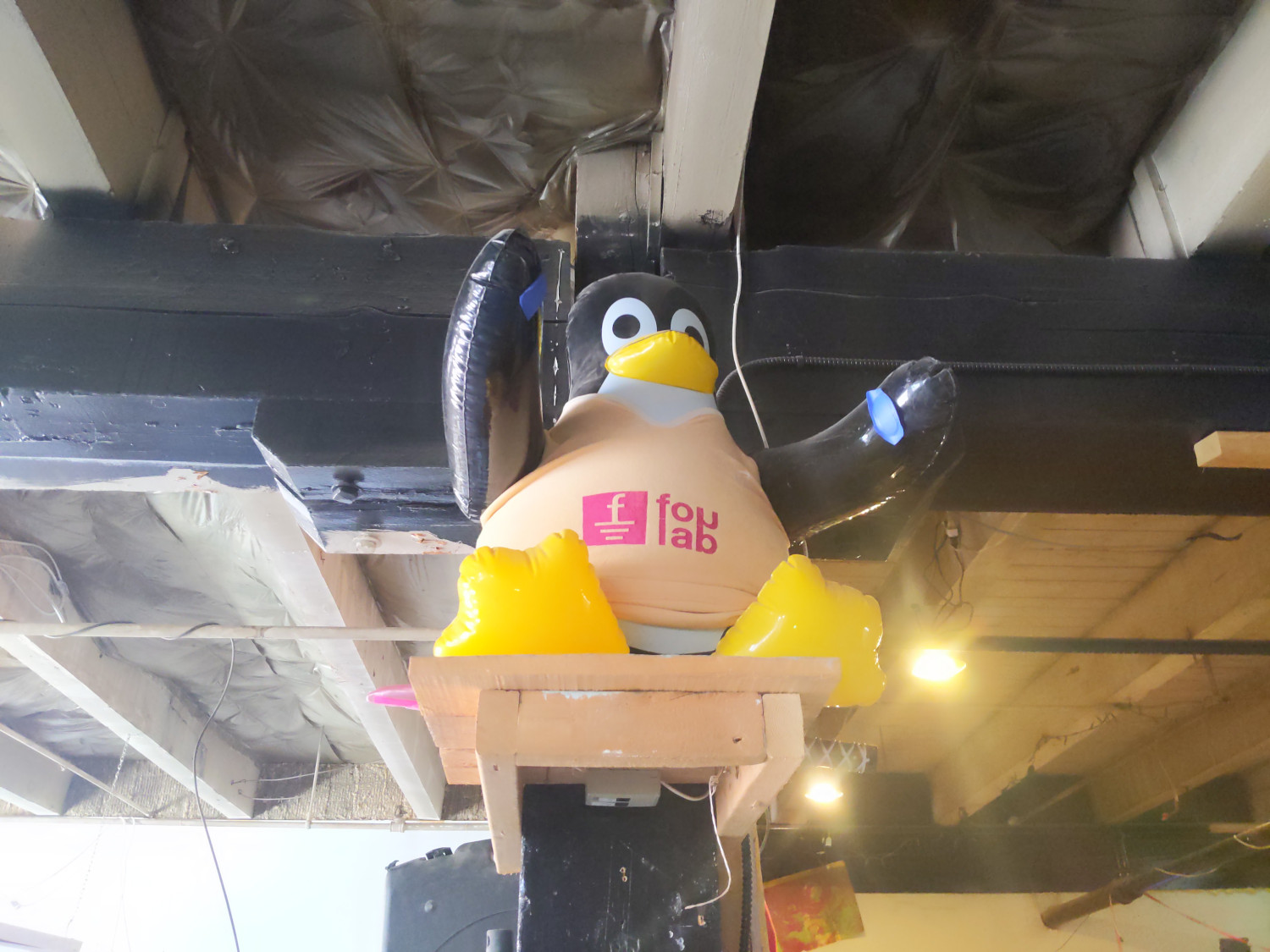 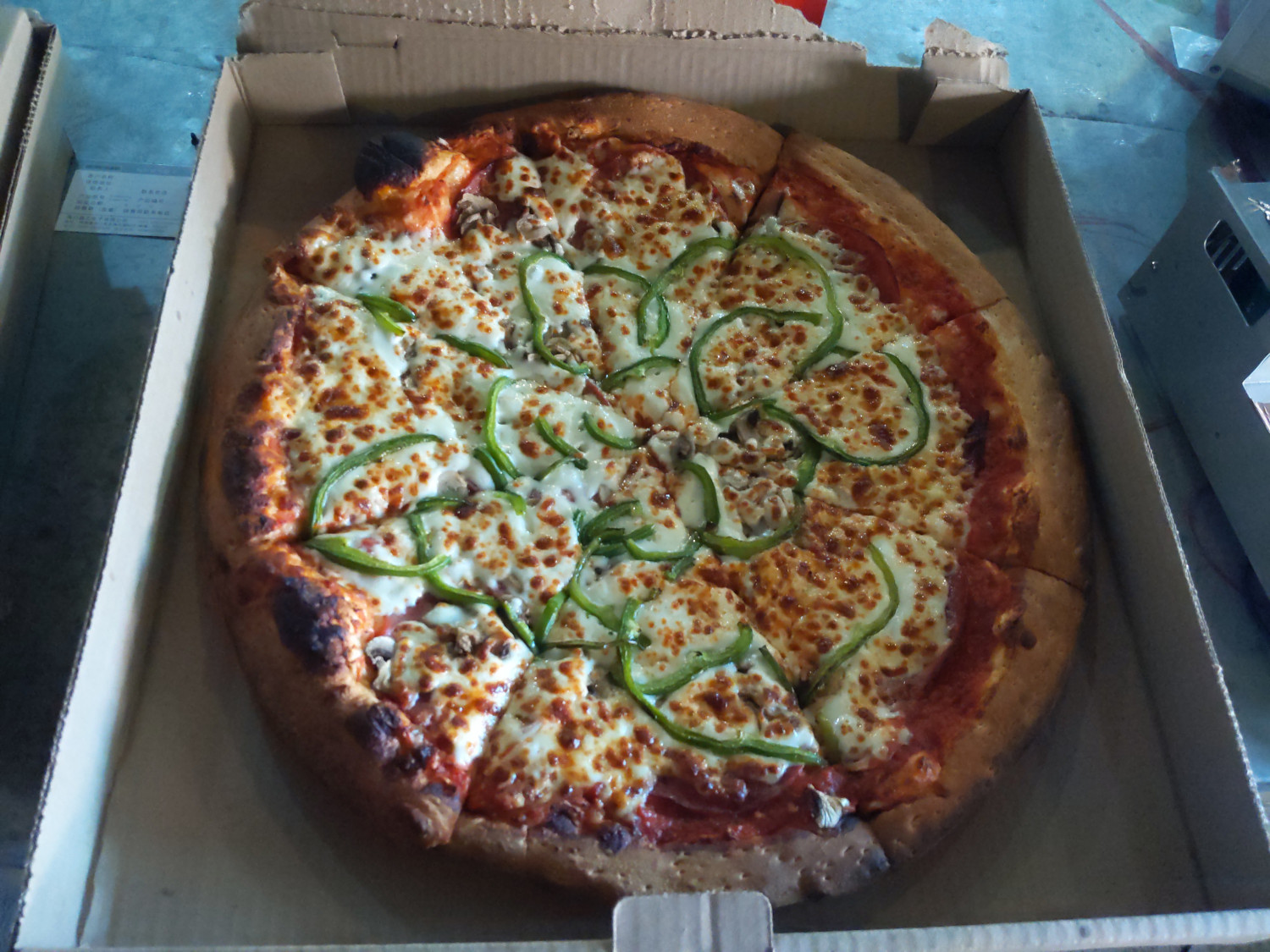 As always, thanks to the Debian project for granting us a budget to rent the venue and to buy some food.