I've been a fan of the products manufactured by Schiit Audio for a while now. They are affordable (for high-end audio gear), sound great, are made in the USA1 and I think their industrial design looks great.

I first started with one of their classic "Schiit Stack"2, but eventually upgraded to the Modi Multibit (I wanted the TOSLINK input), added a physical EQ (the Loki) and eventually got a Sys when I bought a Vidar speaker amp.

The original Schiit Stack — being 2 devices high — was pretty manageable as-is. With my current 4-high stack though, things became unstable and I had to resort to finding a way to bolt them together.

Mooching from a friend with a 3D printer, I printed this clever mount from Thingiverse. It worked well enough, but was somewhat imperfect for multiple reasons:

This last issue was what killed this solution for me. When I tried to replace my Modi 2 by the Modi Multibit, the mount pretty much crumbled away. Sadly, my friend warped a bunch of pieces on his 3D printer while trying to print ABS and I couldn't have him print me replacement parts either.

After a while, I grew tired of having these four devices laying around my desk and wasting valuable space. I had tasted the 4-stack and knew how better things could be!

That's when I realised the solution was to ditch 3D printing altogether, use aluminum framing extrusions and build my own stack out of metal. 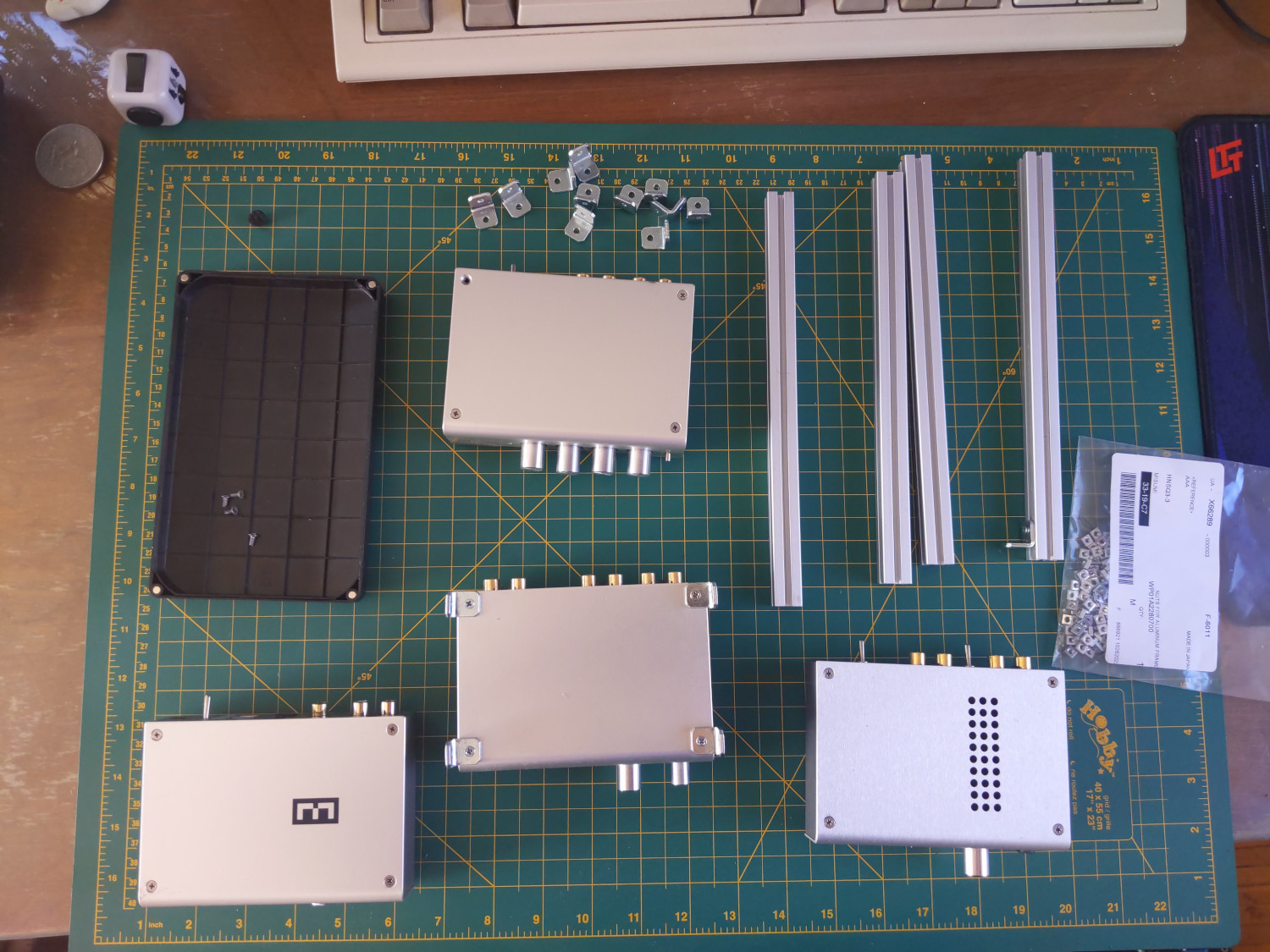 This was my first time working with aluminium frame extrusions and I had tons of fun! I specced the first version using 10mm x 10mm rails from McMaster-Carr, but discovered they do not ship to residential addresses in Canada...

After looking at local options, I then decided to use 15mm x 15mm rails from Misumi. I went with this option since the rails are still small enough not to be an eyesore, but also because this system uses M3 screws, which the Schiit mini series also uses, making assembly much easier.

I choose to make the assembled stack quite a bit taller than the previous one made with 3D printed plastic, as I found the headphone amp got pretty hot during the summer and I wanted to provide better airflow.

If you are interested in replicating this stack, here are the parts I used, all from Misumi:

I didn't order any since I had some already, but you'll also need M3 screws, namely:

You can also cheap out and use only M3-10 screws (as I did), but you'll have to use the extra nuts you ordered as spacers. 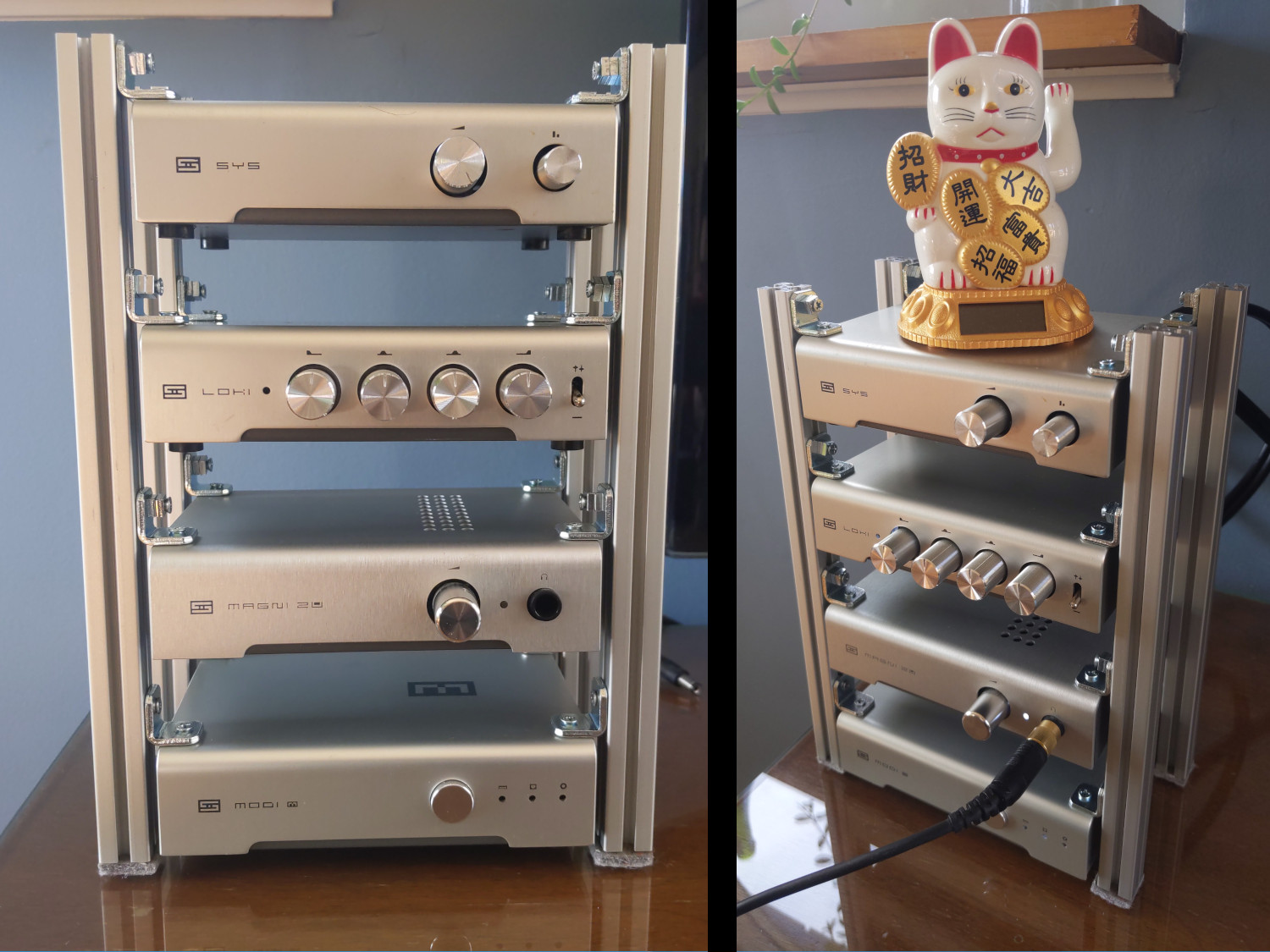 For the curious ones, the cabling is done this way:

The last thing I think I want to change in this setup is the cables. The ones I have are too long for the stack. Shorter ones would reduce the wasted space in the back and make the whole thing more elegant.